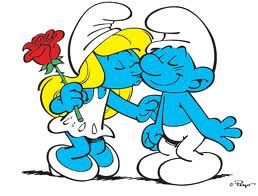 How are you supposed to stop all the negative things from going through your head, when every single minute I’m awake I’m reminded of what I have. As soon as I wake up I think do I feel sick? Then it hits me how uncomfortable I feel and the lack of energy I have. Making a drink I have to be particular about the temperature of it and then the decision of what actually to eat for breakfast is hard enough in itself, as I never know what I feel like. Just getting showered and dressed is a chore, I could easily sit and stare in to space all day everyday. But, on the other side of all that I have my kids and although they don’t understand the real extent of whats going on they are still going through it with me. They see their mum a little sadder than normal, with less energy than normal and frustrated that she can’t do half the stuff she wants to. But the hugs and kisses I get from them both make everything that little more brighter.

Now after all that waffling to catch up on my last weeks or so. I had my 6th Chemo and it was ok, for the first time I even fell asleep during it. I also had my CT Scan. The worst thing about a CT Scan is having to drink a litre of fluid which has a little Iodine in it. It tastes yuck, I don’t care if its just a little bit it still tastes yuck!! I actually felt better just having the CT Scan done, I think its because now its done I can’t do anything about it. I just have to wait for the radiographer to report on it and that also means looking at my previous scans to compare them.

You would think I would’ve had enough of hospitals considering I am in one every 2 weeks for treatment. Well, think wrong……On Saturday I noticed that my left arm was going blue, so I had to go to A&E. Before I go on I have to admit that I hadn’t been taking my Clexane (blood thinning)  injections properly and had missed 2 days of them. My reason of missing them is one of pure laziness and the fact they hurt. Anyway, the doctor I saw in A&E was very nice and checked my arm for a pulse and couldn’t get one. He then proceeded to say he would have to get the surgeons to have a look as the problem could be with my artery. When he said that I’m thinking crap I need my arm. He then said that the nearest place to deal with this was Leicester Hospital, to that I was thinking that was miles away. Luckily, Stuart had noticed a vein under my left arm, where my Hickman Line is, that had been standing out. The surgeon came and had a look and straight away said it was a small embolism and hopefully taking my Clexane as I should would help disperse it. That was something scary I don’t want to happen again so I promise I will be taking my Clexane properly from now on!!

My dad has been over helping out with the kids, cooking and other stuff for the past few weeks. He feels he hasn’t helped at all but really he has and making sure food is on the table is the biggest help of all. My whole family have been great, all pulling together when it matters most and I feel really blessed to have people around me who love me. Most of all my husband Stuart, he has taken on everything that is thrown at him. I am soo lucky to have such a great guy, who is also a great dad. I just have one wish, that every now and then he would take time out and relax before he implodes.

Well here is to another week, hopefully no more blue arms…lolxxxxx