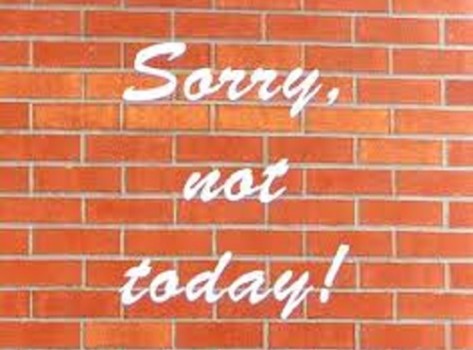 This blog was intended to be about Center Parcs, but with everything that has happened since then I don’t have the motivation to do it.

This could potentially be my last blog and if you keep on reading you will find out why. I am warning you now, tissues will be needed!!

After our trip to Center Parcs, Stuart and I got our referral to The Christie in Manchester. The Christie specialises in Bowel Cancer. We drove the 2hrs or so to Manchester and arrived quite early for our appointment. The staff were so nice and explained a lot to us. They said that they couldn’t offer me any trials, as the one they may have had closed the week before. I had had my bloods done whilst I was there and the Doctor went to get the results. When she came back she mentioned my Bilirubin level, which is part of my liver function and causes you to become jaundiced if too high. She said that it was too high for being accepted on any trial. I asked what I could do to bring it down and she said steroids. But I am already on the highest dosage of daily steroids. So we knew straight away trials were out of the question as my liver is only going to get worse. She also said they wouldn’t operate either and there was nothing they could do for me. I was numb and in tears, the doctor was clearly upset too and said that I had a rare cancer but if she could do anything they would as she could see how determined I was to do something.

We left The Christie deflated but still had hope that Professor Stebbing from Harley Street would come up with something. We drove down the M6 trying to absorb the information we had just been given and drove mostly in silence.

The next morning I looked at my emails to be dealt another blow. Professor Stebbing had emailed me back to say that he couldn’t do anything further for me either and the treatment I am receiving is what he would do too. I had read the email just before Stuart took the kids to school, as I couldn’t bring myself to tell him until he came back. We had hit a brick wall and for the life of me I couldn’t think of what to do next. The cancer has beaten me!!!

Over the weekend we did look into alternative therapies like Vitamin C but because I can hardly eat anything that really isn’t an option. I had also become very uncomfortable due to the fluid building up in my tummy and feeling like the grim reaper is sitting on my shoulder.

On Sunday after watching Jurassic Park with the kids we decided it was time to tell them something. We have said all along we don’t want to lie to them. We told them that mummy’s medicine isn’t working anymore and there isn’t anything more the doctors can do for me. Sam looked at me and I asked him what that made him think, he said that you’re going to die. I said yes. Stuart, Sam and I burst into tears. That was the hardest thing I have EVER had to do. Sophie was bouncing round the room. I explained to Sam that Sophie doesn’t understand as she’s so young. He then explained to her saying mummy’s calpol medicine isn’t working. She came over and said she didn’t want me to die.

We had an oncologist appointment for Tuesday (yesterday) and we knew it wasn’t going to be good news. She reiterated about the fact the cancer was stable on the peritoneal and ovaries but had grown on the liver and bones. I asked to get my tummy drained as the fluid had built up and I was very uncomfortable, which she organised. The fluid build-up is another sign the medicine isn’t working. I asked how long it would take for my liver to give up and she said a few weeks. My doctor said there wasn’t anything more that they could do and I knew that in my head, but it’s hard to hear. I told her I don’t want to suffer I would rather die on the operating theatre. However I understand if the surgeon even did agree to it he would be struck off if I died especially going into an operation knowing fine rightly I could die.

I was admitted to hospital after my appointment and a drain put in. I’ve had 2.5litres taken off which has helped. Now it’s all about symptom control. I am not in a great way, my head is strong but my body is giving up. My back is sore, my lower left hand side were my liver is sore and today my eyes have started to go yellow. I am also very thin and can only eat small amounts of food.

I think at this point I am in denial about what is going to happen. I really don’t know how to die, does anybody? Stuart and I are numb, devastated and trying to keep things normal for the kids. But this is very far from a ‘normal’ situation. I had booked a birthday party for Sophie but had to cancel it today as it would prove to be too much of a hassle with my health the way it is.

I am hoping to go home tomorrow. It is too late to think of a ‘Bucket List’ but I want to go to the beach on the south coast and feel the wind on my face and watch the kids play on the sand. We may do that next week, depending on how I am feeling, but I think Stuart is too nervous taking me anywhere. The few things on my ‘Bucket List’ are finding out what sex my brother and sister in laws baby is. I also want my Brother in Law Scott and his partner Andrew to get married. The last one was the This Morning sofa, but that isn’t going to happen.

It’s really difficult to explain how I feel. I am angry, confused, and teary and find myself staring into space all the time not really thinking of anything. I am more worried about Stuart as he isn’t one for sharing his feelings. But I know he is a great Dad and he has a wonderful family behind him who will look out for him. You don’t think when you have kids that you won’t see it through and see them grow up into adults and this is what’s hard to take in more than anything. The fact I won’t see what type of man Sam will grow into and what type of woman Sophie will grow up to be, what job they will have, who they will marry, get to know my Grandkids, be there on their wedding days and generally be their mum as they so need a mum. And that’s supposed to be my job!!!! Aaagggghhhhh It makes me so angry.

I want to say Thank You to everyone who has read my blog, commented, and donated money. You are all amazeballs!!