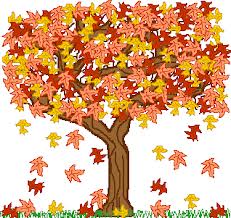 Sit Back And Wait For The Fallout……..

Nothing can really prepare you for having Cancer and the ups and downs that go along with it, until you actually go through it. Even then it can seem very surreal. Everything from all the tests you do have and you really should have had, the different doctors you meet along the way, all the advice you get given and how diagnosis is done and realising its not 100% definite. There are so many bumps in the road you start to question if the highly trained doctors with letters after their name are getting it right. You even start to thing back and question the what ifs? What if I had just taken my Crohns doctor by the neck and made him do something more than say ‘You are on the right medication for you’. Should have I Googled my symptoms and made him test me for cancer there and then, so this could have been caught earlier. They do say the earlier Cancer is diagnosed the better the outlook. I am just so angry that none of this is my fault, I put myself out there and was being seen regularly by a ‘medical expert’!!

On Monday night, I watched a program on Channel 4, which is running along side Stand Up To Cancer, about an amazing group of people. They all have or had cancer and were brought together to form a choir called The Big C. After some training they ended up singing at the Royal Albert Hall. Many of them at the start couldn’t sing to begin with, they wanted to prove that singing helped with the positivity of battling through cancer. I’m going to make sure I sing when I’m in the shower, that way no one can hear me. Yes, I was upset from watching it, but really it was because when they spoke about their individual stories I realised the thoughts they had about being diagnosed with cancer and going through it where exactly the same as the thoughts that go through my head. They are definitely a very inspirational group of people.

Yesterday was my first chemotherapy of my new Ovarian treatment after the previous Bowel Chemotherapy hadn’t worked. I kept making nervous jokes trying to get out of going through it. When the cancer nurse would routinely ask my date of birth before attaching a bag of fluid I gave Stuarts date of birth instead!! I knew I had to have it done no matter how hard it was. This probably sounds so silly but for me the hardest thing to deal with, with this new treatment is that my hair is going to fall out. I can deal with the tiredness, sickness (to some extent) and the redness of the hands and feet. But the loss of my hair scares me.  Its probably because I’m unsure how the kids will react. Like preparing me we have tried to prepare them. But preparation and actually going through it are two different things. I have soo many worries of how they are going to take it, more so Sam. I don’t want his friends to take it the wrong way and say horrible things about me to him, as some kids (not within his close group) can be nasty and that won’t help the situation. I’m not saying they will, but this is the stuff I worry about.

I ordered three wigs a couple of weeks ago through the hospital. I get to chose one and send two back, however one of them is now discontinued, so I get to chose one and send one back. Or if I want to buy the second one. They are both a chestnut colour as I wanted to keep them as close to my original colour as possible. The lengths are mid length and quite similar in style. I have also bought a couple of hats and a couple of scarves. I’m going to have to go on Youtube later to see how to tie the scarves as I have absolutely no idea!! The other thing I’m going to have to learn is to draw my eyebrows on, never had to do that as my eyebrows have always been quite thick. It will probably take a couple of weeks for my hair to start to fall out…..hence why this blog has the title it does.

As a family we have a few things coming up to look forward to. Next week we have Disney On Ice at the NIA and two days after that we are going to see my family and friends in Belfast for a few days. The kids are so excited by both but secretly Sophie is more excited about seeing Mickey and Minnie Mouse…lol

So far after yesterdays Chemo, touch wood, I feel ok. My magical anti sickness tablet seems to have worked. I do feel abit drained at the moment, but that is to be expected.

I think this blog is turning more into a book so I best stop here.