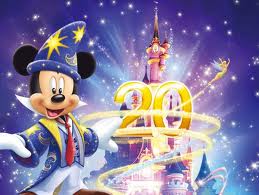 The Week Before Disney….

Is it weird that every time I watch TV and see someone with beautiful hair that I get jealous? Is it weird that I get jealous of my own husband playing with the kids, as I want to do the same but don’t have the energy? Then I watch the soaps and listen to their pathetic story lines which aren’t real but what is happening to me IS real and that makes me feel mad!! And don’t get me started on 999 What’s Your Emergency, some of those people need a serious wake up call and think themselves lucky. Every where I look I’m reminded that I am a ‘Cancer Patient’ and there is no getting away from it. Sometimes I just feel like screaming why me!! I haven’t done anything wrong to deserve this. My hair is more or less completely out and I find it such a struggle just to get in the shower as I don’t want to look at it, as that’s the constant reminder.  I haven’t been feeling particularly great since last weeks chemo, but that has only come in the past few days.  It’s not that I have been sick but feeling queasy, tired and some of my joints have been hurting. I know when I’m feeling better I can do more things, but when I’m not feeling right everything gets on top of me. I also know I need to snap out of this as we are going to Disneyland Paris on Friday and that needs to be great for the kids!!

Since my Chemo last week and before we go to Disneyland I have been taking injections to boost my White Blood Count, this to try and stop me picking up infections. It’s so important to me that we enjoy Disneyland and I don’t want me getting ill to get in the way because it already does with so many things. We haven’t told the kids yet that we are going and who’s going so its a complete surprise!! I can’t wait to see their faces.

On Friday I sat and watched Children In Need with the kids as Stuart was out. Sophie quickly fell asleep and Sam was determined to stay up and watch as much as possible. As some of you may have seen from my Facebook there was a story which hit very close to home for me. When Robbie Williams appeared before hand to say it was sad I did say to Sam to go to bed, but he didn’t want to. Then when the story became clear I tried to hold it together, but Sam was crying too and he gave me a hug and said ‘I don’t want that to happen to you mummy’. That’s all it took for the flood gates to open. To be honest I am glad he watched it, it gave him a little indication about what goes on in the world and unfortunately its not all good. But I made it positive for him by saying that by us donating money the children are happier so we are doing a good thing. I’m glad I watched it too, as I found it inspirational because of how brave the Lynne and her family are.

I know there is already a post on my blog about the Fradley Walkers, but I couldn’t write a blog with out giving them another mention. I want to say a massive ‘THANK YOU’ to all the girls who took part and completed the walk on Friday  They raised over £1000 for my chosen charity Cancer Research UK. You are all amazing!! To all those who donated a massive ‘THANK YOU’ to you all too, as without your donations we wouldn’t have raised such an overwhelming amount.