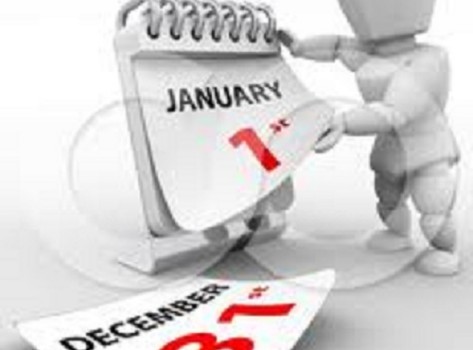 What A Difference A Week Makes?

This time last week I had energy, eating, drinking and moving around a lot more. What I’m doing now sitting in hospital on IV drugs not being able to eat is a big turnaround in comparison.

We got back from London on Monday afternoon. Tuesday was pre chemo day were I had an appointment with my Oncology Consultant to discuss things. I hadn’t seen her in three weeks but she was impressed with how I was and it was a positive sign that things were working. She did offer me a blood transfusion as my blood test showed I was slightly anaemic. I wasn’t sure of having someone else’s blood in me and I didn’t feel I needed it. Stuart just said, ‘can you imagine what she’d be like, as she is hyper with her steroids already.’  So I said I would keep it in mind if I felt I needed it.

In the afternoon, I had a Look Good Feel Better course to go to ,arranged by the chemo unit at Derby Hospital. On the way we stopped at Morrison’s to pick up lunch and whilst there my Dad put a picture up on Facebook of the article I had done for the Belfast Telegraph in Northern Ireland. When we saw it, we started laughing, it was on the front page! I thought it would be in the health section or something! I was laughing so much, it was surreal. The article was great though and really nicely written, helping raise awareness of cancer in younger people. I really hope my story helps this!

At the Look Good Feel Better course I met lots of lovely women who have different cancers too. I was the youngest and felt quite overwhelmed. The class was very helpful as I usually just use what I have and chuck it on, but I learnt how to use toner and cleanser and we all had a beauty therapist helping us along the way. At the end we got to take our bags of cosmetics home, it has everything in it from Clinique, Bobby Brown, Maybelline and No.7. It was a nice but exhausting day.

Wednesday was Purple Wig Wednesday at chemo and I spent most of it designing posters for my wristbands arriving. I had the Cetuximab first and this time, because of the reaction I had last time with the Irin0tecan and my tongue swelling, I had 100% dosage of it but put through the drip over a longer period of time. Not far off finishing, with about 20% to go I started slurring my words, so the Chemo nurse stopped it and gave me Piriton and Hydrocortisone for the reaction. I wasn’t happy, as from a selfish side I wanted it all to go through to get the best from it, especially as at my pre chemo the the day before my Consultant said she’s running out of options for me. I just felt I could have handled it, but I know it’s better being safe than sorry and the nurse didn’t want to take that chance. Stuart had spoken to my Oncologist whilst I was having chemo and she mentioned that my tumour markers had gone down from over 300 to 40. This is another positive sign, but I don’t get my hopes up on this as you never know what’s going on inside.

On Thursday, the Area Manager for Cancer Research UK came to see me. She was lovely and enthusiastic about the fundraising that’s surrounding me, due to the amazeballs support from all my friends. She also invited Stuart and I to a Celebrity Sports Quiz in Manchester on the 28th Feb. It was being run by the Bobby Moore Fund and Cancer Research UK, raising vital funds for a new research centre in Manchester were they can use state of the art technics to test patients cancer to then give them them the drugs they need for their specific cancer. We would be guests of Cancer Research UK. I was so excited to tell Stuart as there would be loads of sporty people there too. And because I had to cancel his Hospitality day at Rangers,as I was ill, this would more than make up for it. We said yes and booked the hotel!!

Friday was more of a rest day for me after a hectic week and I was in a positive mood.

Saturday, I had lunch with my lovely work colleagues and at night went to Mecca Bingo with a group of our friends. Needless to say we didn’t win anything, but it was great fun!

At this point things were good but then BAM at 430am on Sunday morning I woke up with really bad tummy cramps. I have never felt anything like them before. I can only imagine it was what child birth was like. The pains made me sick and I was being sick on bile. I took some paracetamol and anti sickness to help settle it, but the cramps were still bad. When I woke up at a more decent hour I found it hard to move as my tummy was hard and sore, a bit like the cramps had made it go into spasm and were it had my tummy was bruised. I took regular paracetamol and knocked myself out on my anti sickness all day Sunday. The tummy cramps are a side effect of the Irinotecan Chemo drug, but I didn’t have it like this first time round.

On Monday morning Stuart called the chemo ward to ask them about me starting on my antibiotics to cover me for going to Manchester and tell them about the cramps and sickness. They said they would review me on Wednesday when I came, as the side effect of the Chemo were the cramps. By this stage I would only be sick if I tried to eat or drink and it was really gross. On Tuesday, we rang my CNS nurse as I hadn’t picked up and it was decided to go up to the hospital to get checked out. When I saw the registrar in A&E, I had a temperature, which mean’t I needed IV antibiotics, plus he was questioning if I had a blockage due to the colour of my sick and feeling my tummy. I had an xray then was taken to the ward and side room where I am now.

On Wednesday, we were told the xray didn’t show a lot, so I was booked for a CT scan. It was difficult having the scan done, due to my tummy and sitting up straight made me sick. If I eat or drink it just sits in my chest as there is no room in my tummy with all my organs pressing together. So I haven’t really eaten since Saturday. Stuart and I also decided to cancel the Celebrity Sports Quiz as I really wan’t going to be well enough to go…..I am GUTTED and still am!  That night I sat and watched Child Of Our Time on BBC1, it follows 25 kids born in the millennium, who have now reached their teens. This made me think of Sam and Sophie, and it got me upset as I was trying to imagine them as teenagers and how much they will change into little adults. I can’t imagine, due to this cancer journey I will get too see it, and that’s tough to get my head round.

That brings us to yesterday and what another bad news day it was!! My Bowel Surgeon, Oncologist and CNS nurse came in with the results of my CT scan. I have a kink in my bowel causing a slight blockage that is being caused by external tumour pressure. They are going to give me a higher dose of steroids to try and bring the inflammation down in the hope the kink will ease, once my white blood cells are up they will look to drain the fluid the CT showed. They also looked the scan in comparison from the last one I had to check the Cancer. The tumours look more dense on my bowel and liver, hence why my tummy has gotten big again. It was one of those death sentence moments again. My head was spinning asking the surgeon questions. To him he has experience in these situations but I see it as black and white. I asked him to operate, as at least doing something was better than doing nothing. His response was it’s too risky and I would have a 6 week recovery time before any chemo could be given. My response was, with tears flowing down my face, why can’t you at least open me up and have a look as not always do scan pictures show a great picture and maybe my ovaries could be removed to give me more room in my tummy. I just keep thinking I need more room to eat because if I can’t eat then it’s all downhill from there. I was screaming inside!! He said,’ but I could open you up and you could end up with an infection and things could look worse than the scan show.’ I then said there is probably a surgeon somewhere who thinks he’s superman and would do something and he said that would be him normally but in my situation he really does think operating isn’t an option as he could make things worse. I asked about draining fluid again, and they did say there was fluid in there but until my White Blood Cell count came back up then it couldn’t be done as I could end up with an infection. Everything came across negative and not positive at all, I felt deflated and low and all the things that have kept me going over the last few weeks didn’t seem to matter any more. I just want them to do something as that’s better than not doing anything at all!! I had my bloods done again and the results of those showed my White Blood Cell count was up again, which means I can have Cetuximab next week.

I watched Child Of Our Time again last night and I wish I hadn’t. One of the girls lost her mum when she was 8 years old. Ironically enough her surname was Scarborough, again I was in floods of tears, I felt it was a sign. 🙁 🙁

This morning, the Bowel Surgeon came to see me, he was weary about draining my tummy as getting rid of protein can make me weak, but I was pushy with him as I know it’s the only thing that will help me eat. So tonight I have had a drain put in.

I really am desperate to create room in my tummy as no room=no food= vicious circle downhill. I would let any good Surgeon who thought they could operate do it. I am really really desperate!!!!