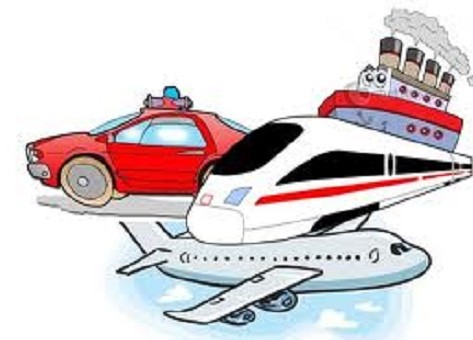 Since my last blog, I have refocused and I am adamant doctors aren’t going to take away any of the HOPE that I have, as really were does that leave me. In all honesty, it did take me a couple of days to pull myself back up, but my main focus now is on the referrals and having a private consultation in Harley Street. I am also focussing on the day to day activities of building myself up so I am in a better physical state to go to the referrals, as I don’t need the doctors turning around and saying I am too weak to do the trials or anything else they may offer.

It has been quite busy for me over the last couple of weeks and those of you who follow me on Twitter and Facebook will know. I have been in the paper a couple of times and done a radio show for Peter Levey BBC Radio Humberside. The MAIN event I (eventually) attended was the Charity Ice Skating Galas that were held in Belfast at the weekend. I’m telling you now getting there wasn’t straight forward!! 🙂

My Dad, Stuart, the kids and I left our house at 9am on Friday morning to drive to Scotland to get the boat. The journey up the M6 was fine and the weather turned wintry around the Lake district, as you would expect. Once we got to Scotland and were driving down the A75 towards Dumfries we came to our first traffic jam. Stuart saw a lane on the right and we knew if we sat in the queue we would definitely miss the boat. So, we drove down it and it soon became evident just how bad the snow was and it was very thick. Our car isn’t a 4×4 and that’s really what we needed, but it got through and did us proud. We managed to bypass the queue and came out in front of it. We continued down the A75 and got passed Dumfries when again we had to slow down as the Police had closed the rest of the A75. Now there are only two routes to get to Cairnryan for the boat and now one was closed. This mean’t we were going to miss the boat as driving the second way added extra time onto the journey. I called Stenaline and they happily changed our booking to the next boat at 1930. So now knowing we had extra time, we didn’t feel pressured to hurry. Stuart spoke to the Police Officer and he said we were best turning around and getting a hotel for the night. I was like “no way we have come this far”. Stuart was in agreement so we headed up the A713 towards Ayr, as the A77 was still open.

The A713 was clear at the start but the further north we drove it turned a bit scary and at one point we couldn’t see anything due to the snow drifts. I thought we were going to get stuck in the car 🙁 ! We stopped at a little village for the kids to go to the toilet and even then just pulling over onto the side of the road was tricky as the wheels kept spinning in the snow. The road conditions constantly changed from fine, to snow tracks and then back to fine again. It was so strange how the amount of snow then lessened the further we drove towards Ayr. We reached Girvan and went to Asda to pick up some food before driving the supposedly 30mins or so to Cairnryan.

At the main roundabout in Girvan we saw the Police again, they had blocked TWO main routes in the direction we were going. Stuart spoke to the Police Officer and he said that there had been 10foot snow drifts and there were lorries and cars stuck. We found this so strange as looking around in Girvan there was very little snow at all, just some on the hills. I started crying and asked how long it would take for it to open and he said probably tomorrow. My heart sank, as it was just typical for me to be well enough to go to the shows, but the weather was going to stop me from getting there. Stuart explained to the Police Officer what we were going to Be;fast for to try and appeal to his better nature and see if we could just go, but he wouldn’t and suggested we get a hotel. By this time it was 5pm and we had been driving for 8hrs, I was exhausted, cramped from being in the car, stressed as I wanted to get to Belfast and just one emotional Cancer Patient!! Stuart had done amazingly well driving for so long and concentrating the way he did…he is a star!!

We pulled over to a side road to figure out what to do. It was decided to get a hotel for the evening and then get the 1130am boat the next morning. The mad thing was, even though the two routes to the boat at Cairnryan were closed, the boats were still operating, that just made it even more frustrating  Thank goodness for mobile phones, I got on mine and booked us into the first hotel in Girvan I could find, knowing that there would be a lot of people in the same position. The hotel was lovely enough and the people were really friendly, however due to the weather being so windy and cold the room wasn’t heating up. The radiators were red hot but we were three stories up in the roof space and the window was blowing due to the wind. We did have to sleep in our clothes overnight just to keep warm. In total due to the wind and noise I had 2hrs sleep!!

On Saturday morning we went down for breakfast early, so we could eat and head off as all we wanted to do was get to the Ferry Port. We checked on the Travel Scotland website and it still said the A77 was closed at Girvan, but I wanted to try and see if they would let us through and was ready to speak to the Police Officer, as I knew time was running out to get us to Belfast for the shows to start at 1630. We only had a 30min drive and a 2hr ferry crossing to do at this point and we would have made it. We drove down the road towards the roundabout and again it was still closed off, my heart sank. Stuart and I spoke to the Police Officer again and I burst into tears in front of him as he said the road was still not clear and there were cars buried under the snow further down the road. I even started begging, he was adamant it was a no go and said we could park up on the other junction and if anything changed he would come over and let us know. We did have a little time to wait as the boat wasn’t for a couple of hours. While we were waiting a lorry driver knocked on the window and said a local couple were giving out soup around the corner, so my Dad braved the cold wind and went to get us some.

I called Kerry in Belfast, as she was organising the event to tell her the possibility of me getting to the shows were now not looking good and we may have to come Sunday. I was gutted but we weren’t giving up and started to look at alternative travel plans for me and my Dad. We looked at trains to Cairnryan, but they went to Stranraer and the road was closed between Stranraer and Cairnryan, so that wasn’t an option. The flights from Glasgow were full and Edinburgh at the time as well, so I couldn’t book anything online. The only flight I could book was an Easyjet flight at 1745. Yes it got me to Belfast late but it still got me there that day, so I booked it. In the mean time my Twitter feed was going mad with everyone, and I mean everyone trying to find other ways to get me to the show on time. We very nearly had a helicopter but a permit couldn’t be found. The coastguard and the RAF were involved too, it was all very overwhelming as it was just for little old me. Tweets were sent to everyone Alan Sugar, Tayto, Richard Branson, Football Clubs, Airlines…..the list goes on. Thank you to everyone who made pleas to help me get to Belfast. Words aren’t enough to describe how GREAT you all are.

We headed up to Edinburgh for the Easyjet flight at 1745 as we had no chance of the boat. The snow ploughs only went down the A77 at 12noon, so we had missed the 1130am boat anyway. It really wasn’t looking good to get us there any earlier than Easyjet. The plan was that Stuart would drive my Dad and I to Edinburgh Airport and then go to Glasgow to visit his Auntie and re-evaluate what to do next. At the airport, there was an earlier flight with Flybe that left at 1500 it would get me to the shows on time, however it was fully booked. As we had time I spoke to the Flybe ticket desk to see if there was anyway of getting on it if maybe someone didn’t show up at checkin. The girl didn’t seem too enthusiastic about it, but we waited. She said that there were no seats to sell so that mean’t she couldn’t book anything. This was frustrating as some people hadn’t shown up for the flight and that would mean the flight would go with empty seats. Aggghhh… In the end someone else got involved and the aircraft was changed to a bigger one. We managed to get booked on the flight. Relief…..

We got a wheelchair and a lovely guy pushed me up to the aircraft. The flight was a little delayed as it had been somewhere else but when I spoke to Kerry in Belfast they were trying to hold the show as long as possible to allow me to get there. They also had arranged a police escort from the City Airport to the Ice Rink….madness :0 When Dad and I got on the plane and sat down we were like emotional wrecks it had been such a long day. I had butterflies in my tummy as I know knew we were finally on our way and I didn’t know what to expect at the other side. The flight itself was only 30mins and a little bumpy but to be honest I didn’t even realise it until we landed at 1730 with a bit of a thud. We had made it to BELFAST!! It had only taken us 33hrs!!!!!