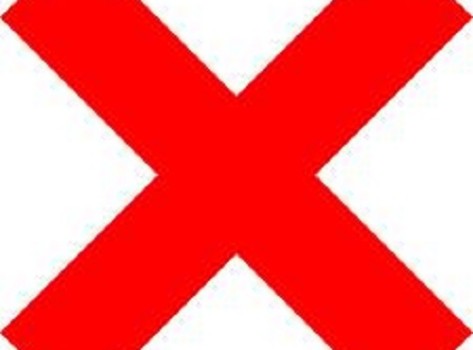 Having No Options Takes Away The Hope!

To carry on from my last blog ‘What A Difference A Week Makes’,the Bowel Surgeon inserted the drain into my tummy and within 30 mins I felt so much better again and it had drained nearly 2 litres off. I also had to have a blood transfusion as my Red Blood Cell count was low.  This felt quite strange as I am so used to having blood taken from me. I kept looking at it and thinking it was my ‘Vampire Blood’ and like in The Vampire Diaries it was going to heal me. The night I had the transfusion was very long as the nurses had to keep coming to check my blood pressure and I didn’t sleep well at all. It did what it was supposed to do and perked me up and I felt less lethargic. My hat goes off to all those people who donate their blood regularly, I only wish I could do it back in return.

On the Monday (my birthday), the Bowel Surgeon came and removed my tummy drain, all in all we drained almost 4 litres again. He also said I could go home, which was nice to hear, as after 6 days I was fed up with being in hospital. After waiting most of the day for my medications, Stuart and I managed to escape just before 5pm, and as per my Birthday blog, enjoyed a birthday tea with my family which was nice.

Tuesday, we were back at the hospital for my Oncologist Consultant appointment to discuss having Cetuximab again. My White Blood Cell count had improved, so she gave me the go ahead to have it the next day. She also told me about some Necrosis on my liver, which is dead cells, which may be an indication the Cetuximab is doing something but there is no way of knowing if the dead cells were the cancer cells or good cells. It really is mad to think all this Cancer treatment stuff is all trial and error and not really knowing for sure, which doesn’t fill me with optimism.

On Wednesday, as usual it was #purplewigwednesday, so I went into the Chemo Unit all happy and positive. The easy part is just sitting having the drugs put through, its the not knowing if they are doing what they are supposed too makes it hard.

Thankfully, Thursday was a day off from the hospital, but on Friday morning I woke up with a temperature and had to go up to get checked out. I woke up uncontrollably shivering and my temperature was 38.8c, and we couldn’t take any risk. I had my bloods done which showed a slight infection and was put on a course of antibiotics. That is normal procedure with infections unless it’s a lot worse and you end up staying in on an IV drip. I was able to go home.

Over the weekend, we just chilled out and enjoyed being at home as a family. This was nice to do as the week had been really hectic with all the toing and froing from the hospital. I was still quite weak from my 6 days in there and was trying to build myself back up. Just lifting my leg up the stairs was hard to do.

On Monday, I ate the wrong thing. Too much bread and foods that are struggling to go through my bowel. As now I have the kink, the passage is narrow and really I should be eating softer and easier to digest foods. But, my head was telling me I was starving and just wanted to eat it. After my dinner I was so uncomfortable and felt like the food was still sitting halfway up. Believe me, it’s not a nice feeling. Overnight, I was sick and had stomach cramps again. I had obviously aggravated the kink in my bowel again. So back to the hospital it was and I was admitted.

We had been due to go up to the hospital anyway on the Tuesday to speak to my Consultant. As she had further results from the CT Scan I had had done the week previous. This time the radiologist had compared them to the rest of my scans giving a fuller picture of what’s going on. So we took Stuart’s Mum and Dad for morale support, as we know from past experience we never get good news!! But, as I was poorly I was getting treated and moved to the ward and Stuart’s parents spoke to my doctor at this point.

As soon as I had the anti-sickness and pain relief I felt better, but it was decided to not eat for a few days to rest my bowel and get it moving again. I also had an Xray to check I didn’t have a blockage, as this may have required surgery. The Bowel Surgeon, thought it was the kink and put me on a higher dosage of steroids to try and help with the inflammation.

On Wednesday, as I hadn’t really spoken to my Oncologist the day previous, she came to see me on the ward with my CNS. She proceeded to tell me that she didn’t think the Cetuximab was working and that at this point she wouldn’t be giving me the Irinotecan any more as it was making my Bowel worse with the cramps. I argued with her about the Cetuximab, as I felt that we hadn’t given it a chance to do anything, as I had been having it sporadically due to being ill in between instead of weekly as I should have been having it. She explained that my Tumour markers had gone back up, and I said that would of course happen if I kept missing a few of the treatments out, as I had not had it strictly every week. She agreed to give it to me for the next couple of weeks and then check my tumour markers and take it from there. I just kept thinking, that if she takes the Cetuximab away from me I have nothing, as she already said there are no options that she has treatment wise for me.

This is exactly were we are at now…no more options!! Taking away the treatment options takes away any hope. She is referring me to a surgeon in Leeds at my request, to The Christie’s hospital in Manchester and back to the Royal Marsden. This is all clutching at straws now. The doctors are not able to do anything for me at my own hospital and, in this day and age, I can’t believe there is no other treatment that may work for me.

The Bowel Surgeon came to see me and again I had the conversation of operating. I just want him to do anything to make more room in my tummy. I am struggling to eat, my head wants to eat loads but as my tummy is full of tumour and this bloody cancer there is nowhere for my stomach to stretch too. If treatment isn’t shrinking it and the surgeon won’t operate, as it’s too risky, my tumour is only going to get bigger, I won’t be able to eat and that is my road to a slow death!!!! I asked the Surgeon just to remove my ovaries, give me a hysterectomy, take away some of my bowel, as I really don’t need any of those. He said that even if he thought that it would be worth it by 1% he would, but he doesn’t think it would benefit me, as I probably wouldn’t leave the hospital again. He also said that because of the cancer they would all be stuck together and not easy to operate on. I am trying to weigh it up and part of me is even thinking that surely it’s better to die fighting on an operating table rather than just waiting for the cancer to take hold even more than it already has. Cancer has taken everything away from me and I hate it!! I hate that it’s making me bitter and emotional, I hate that it’s given me no hope, I hate that it’s made me weak and dependant on people and, most of all, I hate that it’s going to take me away from my kids and family!!!